Confessions of a Mega-Church Pastor

How I Discovered the Hidden Treasures of the Catholic Church 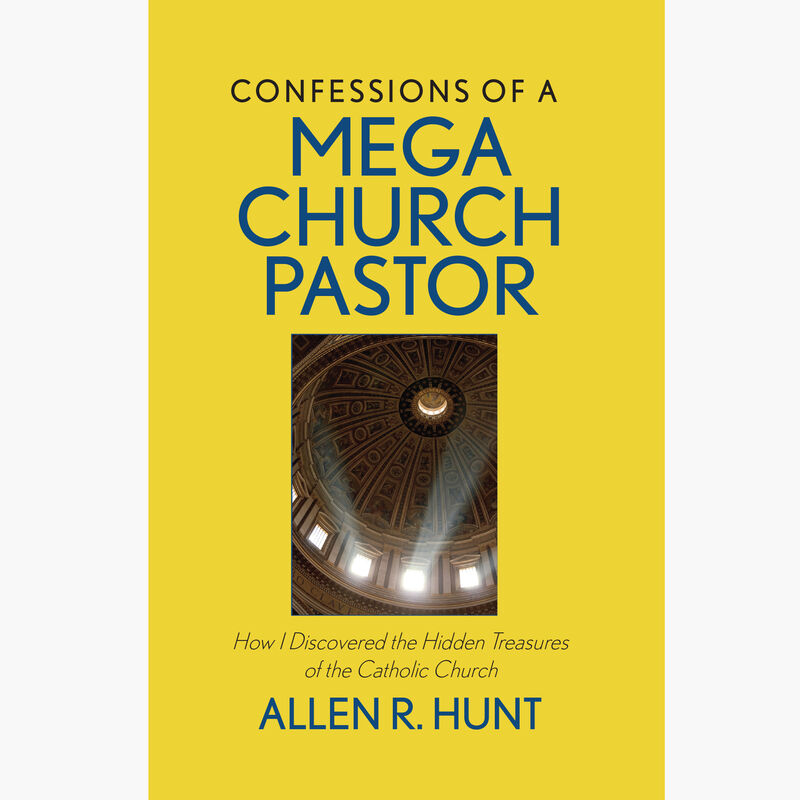 Confessions of a Mega-Church Pastor

How I Discovered the Hidden Treasures of the Catholic Church

Shipping includes all duties, taxes and customs fees. Prices are listed in US Dollars.

In this remarkable conversion story, you’ll discover little-known treasures of the Catholic faith that will transform your everyday life in powerful ways.
*
Minimum amount required is 1
Must buy in quantities of 1
The link to Confessions of a Mega-Church Pastor has been copied

Tens of thousands of American adults join the Catholic Church every year. Why? What is it that attracts them to Catholicism?

In Confessions of a Mega-Church Pastor, Allen Hunt unveils the treasures of Catholicism that many life-long Catholics are simply unaware of. At the same time he demonstrates the genius of Catholicism and encourages us to move beyond taking our faith for granted.

With a personal touch that is profound and disarming, Hunt takes his readers on a journey that is sure to change the way we experience our faith. At a time when so many are disillusioned about where the Catholic Church is and where it is going, Allen Hunt brilliantly reminds us that personal holiness is the key to the bigger future God wants to leads us to both as individuals and together as a Church.

Hunt stepped aside July 1, 2007 from his role as Senior Minister at Mount Pisgah, a United Methodist congregation serving more than 15,000 persons each week through its ministries in Alpharetta, Georgia.

On January 6, 2008, on the Feast of the Epiphany, Allen converted to Catholicism. This transition represented the culmination of a 15 year journey in which God began leading Allen home to the Church.

Allen and his wife, Anita, live in Atlanta, Georgia, and have two daughters, Sarah Ann and Griffin Elizabeth.