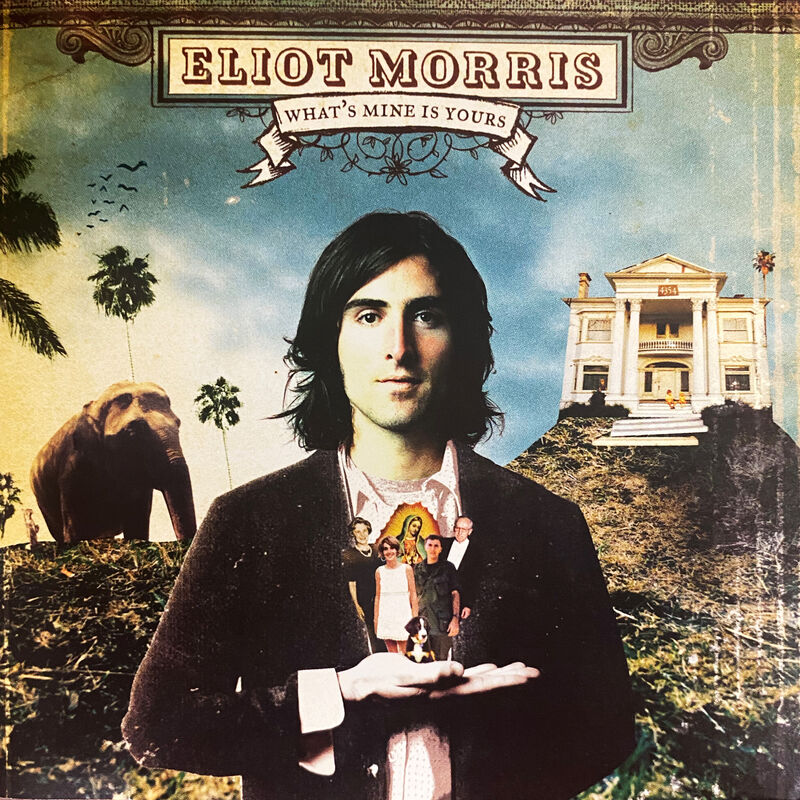 by Eliot Morris
SKU# WMIY-NFR-CD-ENG
$15.00
Lose yourself in nostalgia through the thoughtful songs in Morris’ major-label-debut album.
*
Minimum amount required is 1
Must buy in quantities of 1
The link to What's Mine is Yours has been copied

In his major-label-debut album What’s Mine Is Yours (Universal Records, 2006), Eliot Morris brings back the sounds of Jackson Browne, James Taylor, and Neil Young. But Eliot’s gentle voice is reminiscent of Adam Duritz, the lead singer from the Counting Crows. From the joyful music of “Balancing The World” to the catchy melody of “This Colorful World”, (used by Crayola in one of its commercials) the album features deep, thoughtful songs about life; and collaborations with great musicians, including the album’s primary producer, Tony Berry, and David Lindley. This is one of those records that doesn’t get old over the years—it carries the nostalgia of the past, yet has something universal in sound and lyrics.